Last year Nvidia company launched its latest GPU lineup and brought more upgrades on both software and hardware. When they introduce their new cards, they offer a lot of improvements in raw power and also increasing in terms of floating-point operations. But this isn’t the whole story.

So let’s start with the specs. These new Nvidia GPU’s are based on a new architecture called ‘Turing.’ Also manufactured with a 12 nanometers processors. When looking inside these tiny chips, it has 4352 CUDA cores while boosting the speed of 1635 MHz. This a kind of massive upgrade from the previous flagship GPU. Because GTX 1080 ti performed with 3548 cores at 1585 MHz speed. So when going to count on GTX 2080ti, it gives potential 14.2 Teraflops better than GTX titan XP gives only 12.1 Teraflops. But it does not depend on teraflops at all.

When we talk about Nvidia CUDA cores for all graphics processing, these Touring chips also included new RT cores. So finally, that brings real-time racing to games. When getting to the gaming experience, rate-racing is a major demanding form for lighting. That can create hyper-realistic lighting effects. But the reason is that it spends tons of processing. When Nvidia was facing this problem, they eventually introduce new GDDR 6 memory bandwidth. That’s important for moving pixels and data, which fast want enough. 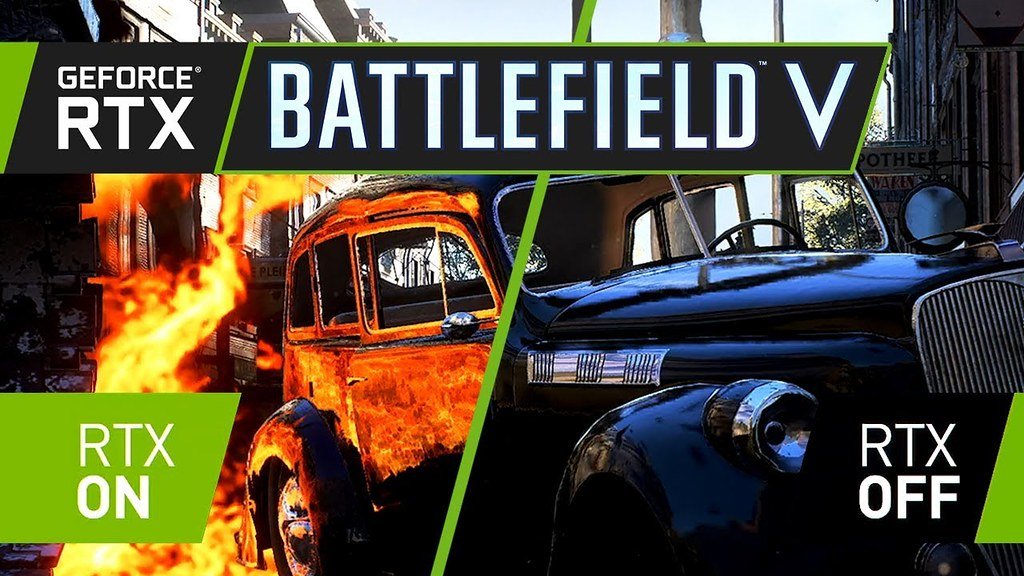 After all of these inventions finally, Nvidia could optimize their hardware rate racing. So that’s significant upgrade while old GPU cards terrible on that. These facts get enough for Nvidia card able ten times faster than other cards. But that’s not the whole point. Finally, Nvidia gets GPU to line up for VR. Only using a single thunderbolt can supply both power and data under RTX technology.

RTX: ON vs OFF

But after introducing all of those fascinating technologies still, developers have duties. Another failed point is only a few games are reaming, which optimizing for RTX technology. Like Metro Exodus, Shadow of the Tomb Raider and Battlefield V. So even after lunching new technology still problems are remaining when using them practically. What will happen in the future while you playing games, click here to learn more?